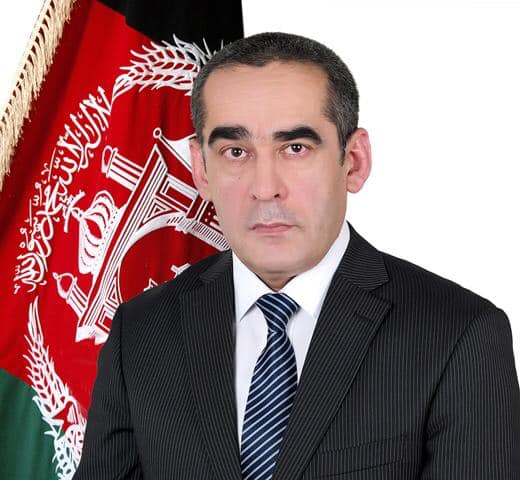 Ahmad Jawad Osmani was born on August 22, 1974 in a well-educated family. Excelling academically, Dr. Osmani earned his Medical Doctor (MD) Degree from Kabul and Balkh Medical Universities with honors where he was elected as an Assistant Professor of Internal Medicine. A few years after his academic work and service in curative medicine at Balkh Medical School and Northern Regional Hospital, Dr. Osmani began focusing on public health through engaging in national and international organizations, a shift he worked at relentlessly and won, becoming a successful public health professional. At community level, Dr. Osmani was one of the very first project managers of Basic Package of Health Services (BPHS) and the Community Midwifery Education Programs which both have played a pivotal role in improving maternal and child health outcomes in Afghanistan. At national level, as a National Consultant of European Commission, Dr. Osmani contributed to institutional building of the Ministry of Public Health. Likewise, as the team leader of the Global Fund to fight Aids, Tuberculosis and Malaria (GFATM), he introduced and implemented the integration of a parallel structure of the GFATM into national programs of communicable diseases for system strengthening and efficiency of the foreign aid.
Dr. Osmani’s enthusiasm in health policy and management led him to pursue graduate studies after his impactful work in public health domains. He achieved the prestigious and competitive Fulbright Scholarship and went to the United State of America (USA) to earn his master’s degree in International Health Policy and Management from Heller School of Brandeis University. While completing graduate work in the USA, Dr. Osmani received the Weston Award as high caliber Fulbright scholar among students of Central Asia, South Asia and Sub-Saharan Africa. Throughout his more than two-decade career at developmental and public health institutions, Dr. Osmani has played an instrumental role in advancing strategic initiatives and public policy changes during his service. He has spent his professional career holding senior leadership and managerial positions at both Afghan government and international organizations. Most recently he served as the Deputy Minister of Administration and Finance at the Ministries of Public Health and Economy in the Afghan Government.
During his tenure as the Deputy Minister of Economy, he consistently worked to strengthen the effectiveness and efficiency of governance and development aid. Dr. Osmani forced needed changes in areas ranging from Public Administration, Financial Management, Procurement and Human Resource Management. In addition, he played a leadership role in coordinating the large-scale functions of Non-Governmental Organizations (NGOs) which had a long-term positive impact on the social welfare and economic development of Afghanistan. While at the MoPH as the Deputy Minister of Administration and Finance, Dr. Osmani undertook several initiatives to reform and even transform the administrative and financial systems and operating processes at the MoPH. These were old-fashion and unresponsive, inefficient, bureaucratic and vulnerable to corruption. He orchestrated a comprehensive strategic package to bring foundational changes in the hospital sector of the health system. Additionally, he held several other key positions including the General Director of Policy and Planning, Head of International Relation Department of Central MoPH.
His Excellency Dr. Osmani made his formal return to the MoPH on May 31, 2020 as the Minister of Public Health of Afghanistan, noting that he is committed to streamlining and mobilizing all the available resource to effectively fight against the COVID-19 spread in every single village, district and province of Afghanistan. Currently his priorities are to bring specific and comprehensive changes in the delivery of primary and hospital healthcare services.